Many Celtic fans have showered praise on Odsonne Edouard following the club’s 3-0 win over Ross County on Saturday afternoon.

The Hoops failed to impress in the opening 45 minutes of the game at Parkhead, and were somewhat lucky to go into half-time 1-0 up, courtesy of a Callum McGregor penalty.

Leigh Griffiths had started for the home side with Edouard on the bench, and the Scotland international made way for the Frenchman shortly after the hour mark.

Within five minutes of being on the pitch, the 22-year old had scored a three-minute brace, sealing the victory for the home side.

Edouard has now scored 16 goals in 19 Scottish Premiership games this season (WhoScored), further cementing him as the league’s top goalscorer, with the Frenchman having four more than Alfredo Morelos.

Several Celtic fans took to social media to sing the praises of Edouard following his latest impressive display for the Bhoys.

Twitter: Odsonne Edouard is the most talented striker we’ve had since Henrik Larsson. (@celticbible)

Twitter: When Edouard leaves in the summer, I’ll be treating it as a family bereavement and signing myself off work for six months. (@LK95_)

Twitter: Another three points closer to where we want to be. Edouard is unbelievable. Mikey Johnston skilful but decision-ma… https://t.co/QgIjSAuRYN (@Kieran_Celtic)

Not the best we’ll ever play but it’s another win.

Edouard made the difference when he came on. The guy is just class (@TriviaTim)

Will Celtic be able to keep hold of Odsonne Edouard in the summer? 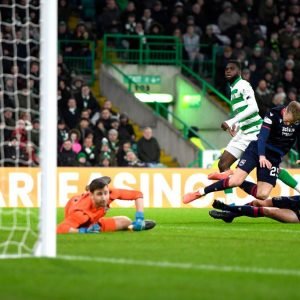 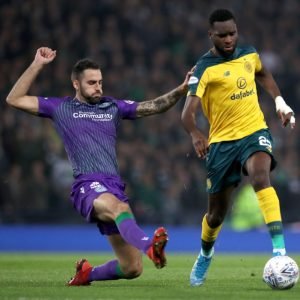