Neil Lennon has admitted that he sometimes believes that Celtic forward Leigh Griffiths is the subject of a media witch-hunt, as reported by The Scotsman.

The Celtic manager has refused to criticise the 29-year old striker following The Hoops’ game against Kilmarnock on Wednesday, where the Scotland international allegedly threw sock tape in the direction of the home fans at Rugby Park after he subjected to verbal abuse.

The incident was later shown in Sportscene’s match package, according to The Scotsman, while no footage of Alan Power’s unpunished tackle on Jeremie Frimpong was shown, leaving Lennon more frustrated.

Talking about Sportscene and the overall reaction to Griffiths actions, via The Scotsman, Lennon said:

I don’t watch Sportscene but, for me, that’s ridiculous.

It seems to me at times that there’s some sort of witch hunt against Griff.

In the main, he’s been very good in the last six months in terms of his attitude and his behaviour on and off the field so I think that’s a bit over the top.

Sometimes players need protecting – and not just from themselves. It looks to me as though some people have a vendetta against him and they like to look at him to make headlines.

Whereas I prefer him to do that by doing what he’s doing at the moment, which is scoring goals.

Leigh Griffiths went through a rough patch not too long ago that was tough enough on his own health that he needed to temporarily leave football. Since then, he has worked his way back to fitness and into Celtic’s set-up, and it is far too easy for critics to forget that and not give him the credit that he is due.

Is Neil Lennon right to back Leigh Griffiths following his actions? 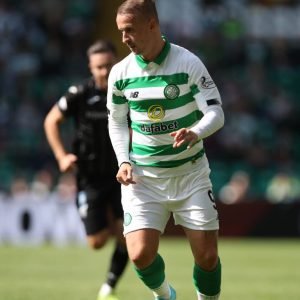 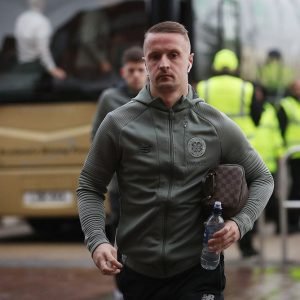 Lennon is right in that the simple act of throwing sock tape on the ground doesn’t carry automatic malicious intent, and it is easy to see his point of view, that sometimes the media piles onto Griffiths unnecessarily as it drives clicks and stokes conversation.

More focus should be on what Griffiths brings to the team this season, and whether he has done his job well as Odsonne Edouard’s support. While most of Griffiths’ league appearances for the Bhoys have been as a substitute, the striker is averaging a goal every 93 minutes (Transfermarkt), which does indicate that his form could be even better should he be given more starting opportunities for the Hoops.