Celtic youngster Lee O’Connor has revealed that he joined Scottish Championship side Partick Thistle on loan in a bid for more first-team football, as per 67hailhail.

O’Connor, who recently made his debut for the Republic of Ireland national side, revealed that he was looking for more first team football, especially after failing to pick up any minutes for Celtic so far this season.

The defender joined the Hoops from Manchester United over the summer and made his Ireland debut against New Zealand in November.

Speaking after joining Partick Thistle on loan for the rest of the season, O’Connor revealed why he made the switch to the Scottish second tier.

You just want more, when you go back down to the reserve games, it’s just quite difficult.

You play in massive stadiums with a massive crowd and you go back to maybe a training ground with 50 people watching, and it is difficult.

They think it’s good for me obviously, it’s only down the road, so they can keep an eye on me, the most important thing for me now is just to get playing.

This move makes sense for both parties, especially with O’Connor being very much out of the Celtic side.

He will be able to get some valuable experience in the second tier of Scottish football, before potentially returning to attempt to fight his way into the first-team.

The fact he has already been capped for Ireland shows just how valuable he could be for Celtic, so it is very important that his potential is not wasted.

Will O'Connor be a Celtic starter next season? 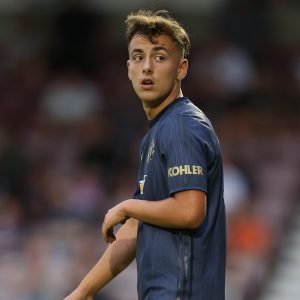