Earlier this week, it was reported by The Athletic that Southampton and several other Premier League clubs have been keeping tabs on Celtic’s Jeremie Frimpong.

The youngster has fought his way into Neil Lennon’s starting XI this season after joining from Manchester City last summer.

The Dutchman has already made good impressions at the Hoops, with captain Scott Brown and manager Lennon praising his performances and attitude.

Frimpong has been one of the team’s standout performers so far this season, so it comes as no surprise that the top clubs in England are monitoring his progress.

The teenager has already spoken about how his dream has come true playing regularly for Celtic and he is a fan favourite for his energy and excitement in post-match interviews.

Most Celtic fans laughed off the rumour and believe that he is going nowhere, but as always, there’s some slight concern amongst the fanbase.

Twitter: @Record_Sport Wouldn’t surprise me. He’s going to be something special. (@RobODonnell93)

These fans laughed the rumour off…

Do you think Frimpong will leave Celtic in the summer? 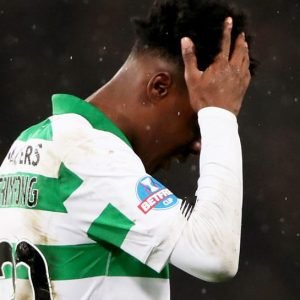 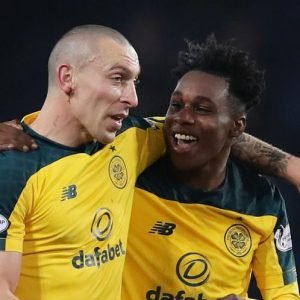