Kris Boyd appears to have had a complete u-turn on previous comments he made about Scottish football following his recent praise for Odsonne Edouard, but his comments are still unlikely to go down too well with supporters.

The Sky Sports pundit revealed live on air earlier this season his belief that there are no great players currently plying their trade in the Premiership; a suggestion that wasn’t received well by some Celtic fans.

This time around, however, Boyd has lavished praise on Eddy whilst speaking on Sky Sports’ Scottish POTY podcast, suggesting the Frenchman is the best player in the division.

He’s the outstanding player in the league – a class apart. There’s talk of him going to a mid-table team in England but he should just cut them out and go straight to the top with any of the big guns. He’s got everything. He glides past defenders as if they are not there.

Whilst it is good to see Boyd finally recognise Eddy’s ability, he seems incapable of praising the striker without tipping him for a big move away.

We all know he has been linked with the likes of Arsenal and Manchester United, but discussing who should be Player of the Year in Scotland should be able to be done without tipping Eddy with a summer departure, as that is not the focus of the conversation.

On the subject of the POTY for this season, however, the Frenchman is surely the standout candidate for the award. Had his contribution to Celtic’s push for a ninth successive title been just his 21 league goals in 27 outings, he would still be one of the frontrunners, as that total sees him sitting at the top of the goalscoring chart in the Premiership, eight clear of Jermain Defoe in second.

Do you think Eddy deserves to win POTY? 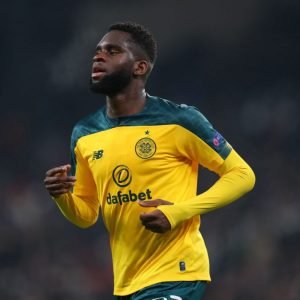 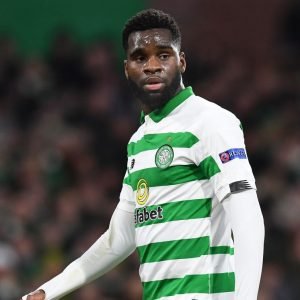 Add to that his 12 league assists and surely there isn’t a player more deserving of the award than him. Furthermore, the Frenchman has the same number of assists as Alfredo Morelos does goals in the league this season.

Of course, a POTY award doesn’t necessarily rely on goals and assists, but when somebody has contributed that much to their team’s success, surely he is the standout winner?