Jonny Hayes has revealed Mikey Johnston is one of the best players in training at Celtic as he is always troubling those who mark him in exercises at Lennoxtown.

The versatile winger became the latest Hoop to take over the club’s Instagram account last weekend, as he helped himself and fans kill some time with a Q&A on social media.

And Hayes provided fans with some rather enjoyable answers, responding to one of the questions by publicly shaming Ryan Christie, Vakoun Bayo, Marian Shved and Leigh Griffiths for their poor dress sense.

Some of his teammates’ Q&A’s on Celtic’s Instagram have also been enjoyable viewing, with Johnston sending a couple of funny responses to Jeremie Frimpong’s answers last month.

This time around, however, there was no need for Johnston to defend himself as Hayes lavished praise on the winger.

The 32-year-old was asked by one supporter to name the player who gets nutmegged the most in training, and he replied by saying anyone who comes up against Johnston is normally the victim due to his skill.

Are you surprised to see Johnston named as the trickiest player in training? 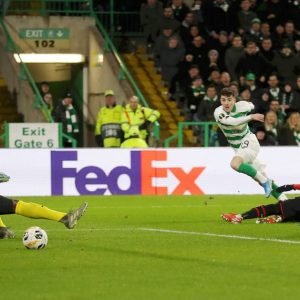 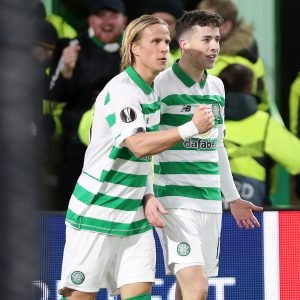 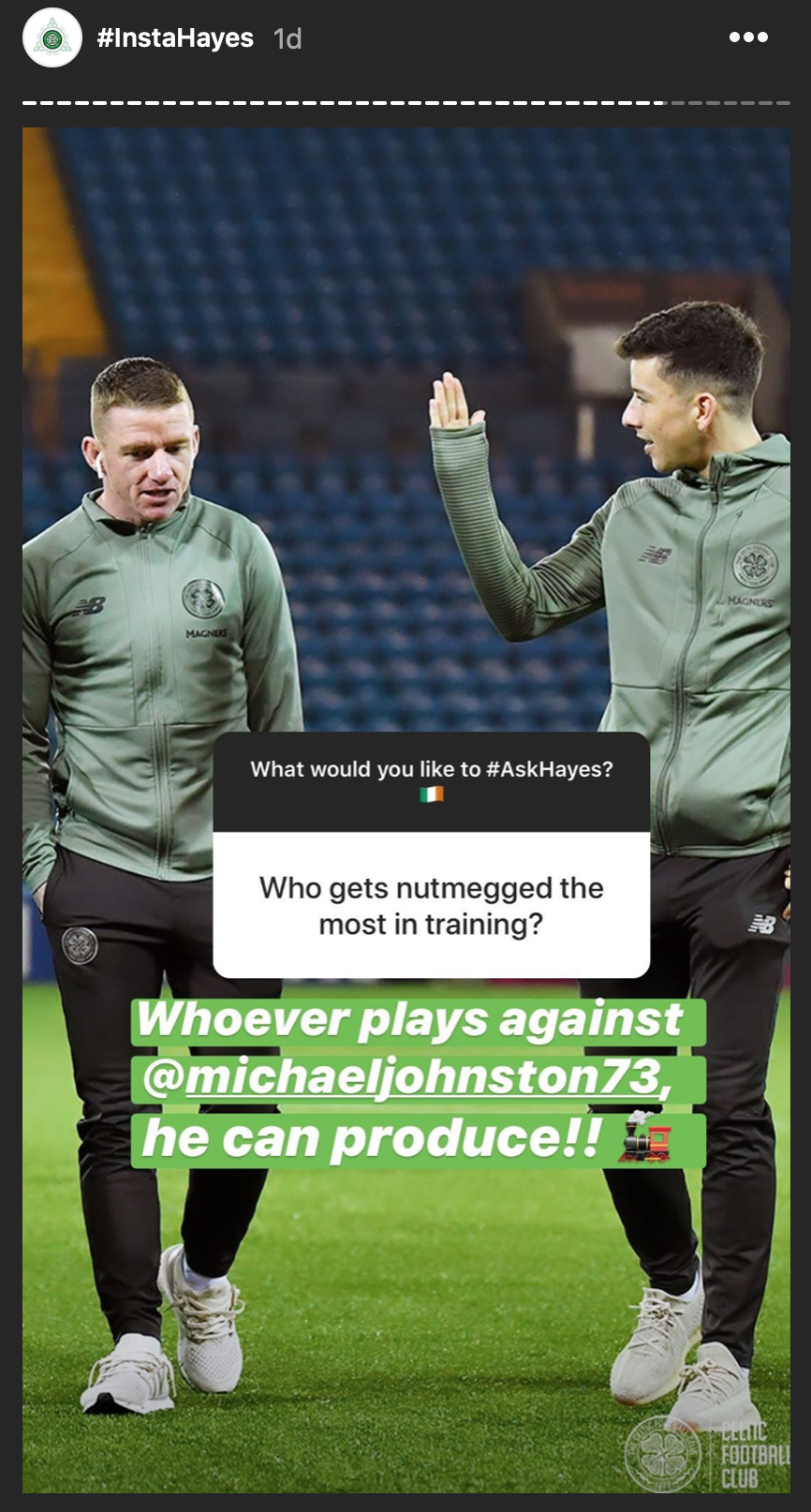