The 22-year-old, who is closing in on 150 Celtic appearances, has scored just five league goals in 735 minutes of action this season. He has netted just once in his last seven Premiership appearances, with the Hoops falling 13 points behind rivals Rangers in the process.

Talking on the latest edition of the Record Celtic podcast, cited by This is Futbol, Sutton addressed the French striker’s future, believing he won’t get a big move away unless his displays improve in Glasgow.

He has to get himself out of this malaise himself by showing great determination, great desire – I’m not [saying] that he’s not trying, of course he is, but the bigger picture is that Odsonne Edouard isn’t going to get his big move away to another big club in Europe unless he starts performing, and he hasn’t done enough this season.

So people watching him, they will be having doubts about him, I’m absolutely sure of that.

To us, Sutton is bang on the money with his comments, and we feel that the Hoops need to make a firm call on Edouard’s Parkhead future as soon as possible.

The 22-year-old has just 18 months left on his current Celtic deal, so every passing month could impact the striker’s valuation, which has reportedly been set at a minimum £30m in the past.

AC Milan reportedly have Edouard on their list of candidates to eventually replace Zlatan Ibrahimovic, and should they come in with an offer, we feel as if the Hoops should seriously consider it.

Would you sell Edouard in January? 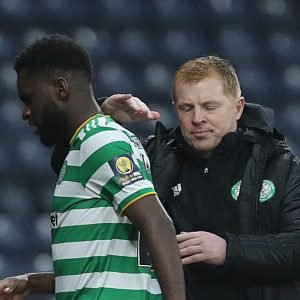 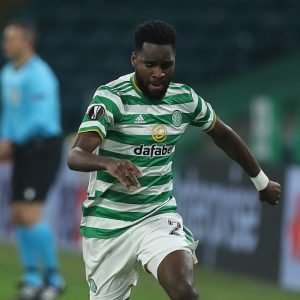 Should Celtic allow the forward’s situation to remain the same over the next six months, they’ll be at risk of having egg on their faces when it comes to Edouard’s eventual departure.

However, if Peter Lawwell, Nick Hammond and Neil Lennon discuss what’s best for the club and either tie down the 22-year-old to a new long-term or cash in on him in the New Year, the club could be in a better position in the long-term.