Celtic have been handed a potential boost in their pursuit of Airdrie winger Thomas Robert by the Diamonds’ manager Ian Murray.

Murray told the Daily Record that the Scottish League One club have a ‘fight’ on their hands to keep Robert and are bracing themselves for a bid from the Scottish champions in the January transfer window, saying: ”It wouldn’t surprise me if we have a fight to keep him. Thomas has done really, really well.

Murray also pinpointed the winger’s strengths, explaining: ”He showed his class again against Clyde with the corner kick, but it wasn’t just that, in the first half he was excellent, his touches on the ball, his movement, his timing in the releasing of the ball, the way he picked up space, was excellent.”

The 20-year-old Frenchman has four goals and two assists so far this season for Airdrieonians after arriving from Montpellier B in July.

The Hoops aren’t the only club expected to bid for the winger, with Murray admitting that ‘loads of clubs’ have scouted Robert and at least a couple are deemed ‘not too far away from’ making a bid (Daily Record).

Would Thomas Robert Be A Good Signing? 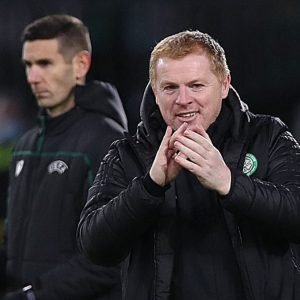 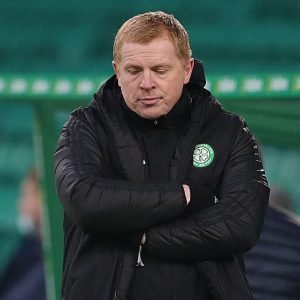 Capable of playing on either wing, Robert comes with top-class genes and strong stock, with his father Laurent forging a successful career with Newcastle United and becoming a full French international.

The younger Robert may be unproven at an elite level but with his impressive performances so far in Scotland and likely very affordable price point, Neil Lennon may well be keen to become the Premiership manager who can work with the French prospect.