Neil Lennon made three changes to the side that beat Hamilton 3-0 on Boxing Day, with Vasilis Barkas, Diego Laxalt and Jullien replacing Conor Hazard, Nir Bitton and Greg Taylor respectively.

Midfielders Ismaila Soro and David Turnbull both netted from long range in the opening 45 minutes, with Odsonne Edouard sealing the victory with 15 minutes remaining.

Jullien cleared Marc McNulty’s dinked effort off the line early in the second half to keep the Hoops’ clean sheet intact, colliding with the post in the process.

The 27-year-old received treatment and had to be stretchered off, with Bitton coming on to replace the centre-back.

These Hoops fans weren’t exactly impressed with Jullien’s first-half Parkhead display, though, with one describing the defender as a ‘liability’ during Wednesday afternoon’s fixture.

Twitter: Jullien is not at the races today. Looks a liability. (@Jamie8419)

Twitter: Jullien has looked very shakey any time he’s been asked to defend

Twitter: Jullien still gives me the fear. Always seems so nervy on the ball. (@col_cogs)

Would you start Jullien on Saturday if fit? 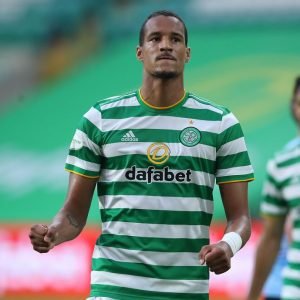 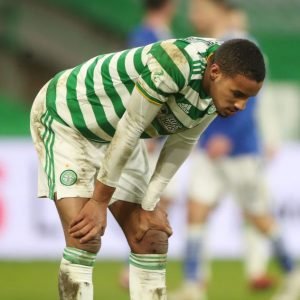 Twitter: @CelticFC @10DavidTurnbull Can someone pop in and wake Jullien up. (@MeleeIslands)

The victory sees Lennon’s side win their fourth Scottish Premiership match in a row, however, due to Rangers’ win at St Mirren, the gap remains at 16 points ahead of Saturday’s Glasgow Derby.