Celtic made it four Scottish Premiership wins in a row on Wednesday afternoon, defeating Dundee United 3-0 at Parkhead.

The 30-year-old kept his place in Lennon’s starting line up at Celtic Park after scoring against Hamilton on Boxing Day.

Ismaila Soro and David Turnbull both scored from long range in the opening 45, with Griffiths setting up strike partner Odsonne Edouard to seal the win with 15 minutes remaining.

The Scot played Edouard through with an excellent outside of the foot lobbed through ball, with the Frenchman dinking Benjamin Siegrist.

This is what these Hoops fans had to say about Griffiths, with many happy with his 77-minute display. One supporter labelled his late assist as ‘class’.

Twitter: The impact that Griffiths has on any Celtic side he enters into is absolutely unreal. (@danny_w1998)

Twitter: Top class from Griffiths again. Has to start on Saturday. (@ThatCertainDay)

Twitter: Soro, Turnbull and the return of Griffiths have transformed this team. Much more like it Celtic

Should Griffiths be in Saturday's starting line-up? 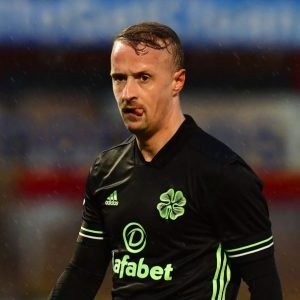 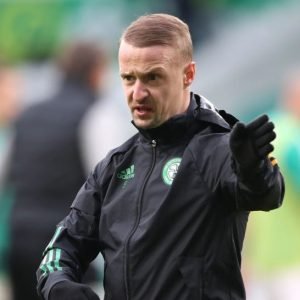 With Rangers defeating St Mirren, the gap at the top of the Scottish Premiership remains at 16 points ahead of Saturday’s Glasgow Derby, with the Hoops having three games in hand.