However, the latest incoming link hasn’t gone down too well with several supporters on social media.

According to The Athletic, cited by the Daily Record, both the Hoops and Swansea City are keen on the 21-year-old following his excellent season form in the South West.

Randall has scored six goals and provided four assists in 19 League Two games after being given a regular run in Matt Taylor’s side.

The report claims that the Grecians would be hoping to recieve a fee in the region of £1.5m, should they part ways with Randall anytime soon.

Neil Lennon is keen to bolster his wide options this month, with the likes of Bright Osayi-Samuel and David Moberg Karlsson linked with a Parkhead switch in recent weeks.

We shared the latest link regarding Randall on our official Read Celtic Facebook page on Monday afternoon.

The rumour got plenty of Hoops fans talking, however, many weren’t exactly thrilled.

Gary McGuinness: A winger from Exeter. This is just typical Celtic

Craig Munro: Don’t think we need to make any more signings until summer. Spent too much on what we have and some who are just starting to get up to speed of things now. Wait and see how things are by summer I reckon

Marc Biagioni: Finding it hard to muster up the excitement about a kid from Exeter

Jimuck Ross: Big name from a massive club. Yet another unknown

John Kilmartin: If he was any good some English team would want him

Should Celtic be looking at loans or permanent moves this month? 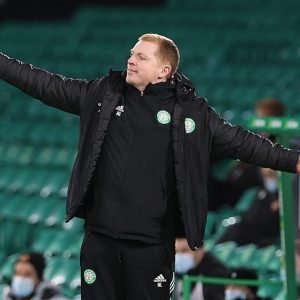 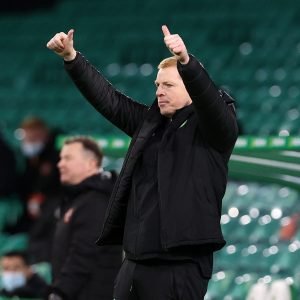 Leo Harper: Another winger??? Why? We need defenders and quality defenders! Celtic have quality in both midfield and upfront. We’ve had these defensive issues from way back and we wonder why Bitton (central midfielder) ***** up playing as a CB! Who makes the signings?

Keith Dunwoodie: We need to buy at least 2 quality and I mean quality central defenders in preparation for euro qualifying and next season.