Celtic have been linked with a move for Stoke City’s Tom Ince in recent days.

According to an exclusive report from Football League World, the Hoops are exploring the possibility of striking a deal with the Potters for the 28-year-old wide man this month.

Ince has made just two starts in the Championship this season from a possible 25, totalling 253 minutes of league action.

However, we feel that the Hoops should be looking at a different Championship ace in Adam Armstrong.

The Blackburn Rovers man, who can play out wide and as a centre-forward, has been a regular in Tony Mowbray’s side this season.

Armstrong has started in 23 out of the club’s 24 second-tier fixtures this season, scoring 16 league goals.

He’s the division’s joint-leading scorer, along with former Celtic target Ivan Toney. At 23 years of age, Armstrong could represent a signing for the long-term, compared to Ince, who appears to have fallen out of favour at Stoke and is approaching 29.

Armstrong does hold a £9m Transfermarkt valuation though, so could end up costing a club-record fee. However, he would provide the Hoops with options both out wide and centrally, which could prove priceless in years to come. 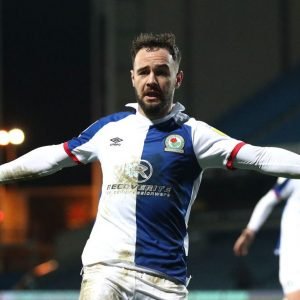 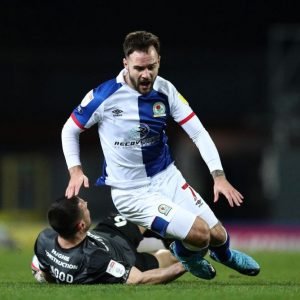 Neil Lennon has been without wide options this season due to James Forrest’s injury issues, so Armstong could provide competition out wide next season with Mohamed Elyounoussi heading back to Southampton in the summer.

Odsonne Edouard appears to be on the way out of Celtic Park as well, and following his season form, Armstrong could be the perfect replacement in attack for the Frenchman.