Plenty of Celtic fans have hit out at the club’s official social media post following the 1-0 defeat to Ross County on Sunday evening.

The Hoops, who lost to The Staggies in the League Cup back in November, fell to a fourth league defeat of the season which lifted County off the bottom of the table.

Jordan White’s header with 20 minutes remaining proved to be the difference between the two sides, even though Celtic dominated the ball and enjoyed the better of the chances in Dingwall.

Ryan Christie had Celtic’s best chances of the game, but he failed to hit the target on numerous occasions, with one first-half effort actually ending up outside the stadium.

Celtic shared Neil Lennon’s post-match interview with Sky Sports on their official Twitter page shortly after the defeat, with many supporters not happy.

Lennon believed his side didn’t deserve to lose the game and admitted his players aren’t learning in regards to defending set-pieces.

Some fans spotted the appeared editing to the opening of the interview, where he appeared to laugh, with one supporter even describing the footage as ‘insane’.

Twitter: I just can’t wrap my head around it.

Twitter: That’s a pure disgrace of an interview. https://t.co/61jYmZ2atB (@dannyclinton22)

Twitter: @CelticFC Edited out him laughing at the beginning I see. (@BenTheTim)

Twitter: @CelticFC That’s it!!! No more cash from me @CelticFC until you announce a new manager and back room staff, and I u… https://t.co/Gh1Dh10uHL (@Ando611)

Twitter: @CelticFC Surely I’m not the only one watching this with the sound off !!! (@nowwelshtim)

Will Lennon be manager for the first game of the 2021/22 campaign? 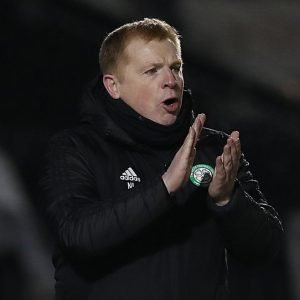 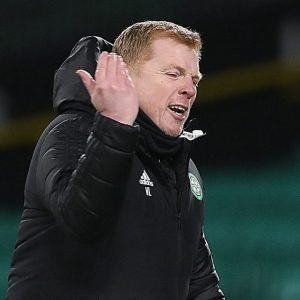 And we played better than when we went there in September and won 5-0… https://t.co/AFl8da8RmR (@Devi1sAdv0cate)