Celtic goalkeeper Vasilis Barkas is reportedly set to leave the club in January following a turbulent spell in Glasgow.

The 27-year-old stopper signed for the Hoops last summer in a £4.5million deal from AEK Athens (BBC).

Barkas spent a large portion of the 2020/21 campaign as the number one at Parkhead but has since been demoted following the arrival and form of Joe Hart.

According to journalist Giannis Chorianopoulos on Twitter, the Greek international ‘keeper now faces a certain departure in January.

Recently the 13-cap ace has been omitted from Ange Postecoglou’s matchday squad entirely.

This season Barkas has made just one appearance in the UEFA Champions League qualifier against FC Midtjylland before subsequently being dropped for the second leg.

Valued at £2.52million and under contract until 2024 (Transfermarkt), Celtic will be confident of recouping much of their expenditure back on the Greek goalkeeper. 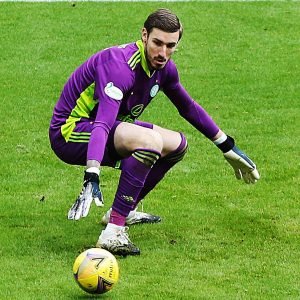 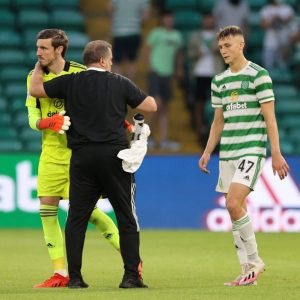 Ultimately a combination of Barkas’ dip in performance and Hart’s stellar start north of the border look to have brought about the ace’s undoing.

With Scott Bain seemingly ahead in the pecking order, a move in January looks the best option for all parties.