Eddie Howe is interested in the vacant managerial position at Celtic.

That’s according to an exclusive report from Football Insider, who have been informed by a Hoops source that contact has been made between the two parties.

The report claims Celtic were looking to ‘assess’ Howe’s feelings towards the Parkhead position as they begin the process to land Neil Lennon’s long-term successor.

The 43-year-old is thought to be keeping his options open, though, with the Crystal Palace job another role of interest to the former Bournemouth manager.

Howe was linked with the Celtic job during Lennon’s final months in charge, so it comes as no surprise to see him as one of the frontrunners to take over from the Northern Irishman.

Plenty of Hoops fans called for the club to move for Howe in recent months and did so again after Lennon’s resignation, so they could be delighted at the update. It is a huge development, with Howe the first boss credited with an approach from Celtic.

Do you want Howe at Celtic? 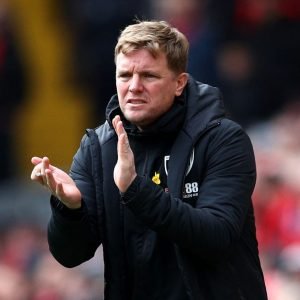 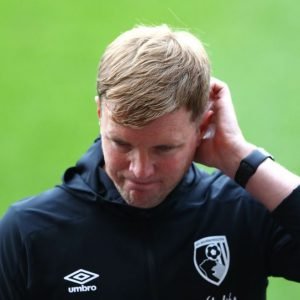 To us, the club can take their time on appointing a new boss, with nothing really left to play for this season. However, should they believe Howe is the man for the job, it could be a wise decision to seal a deal relatively quickly.

Major doubts have been cast over Roy Hodgson’s future at Selhurst Park, and should those doubts intensify, Howe, who is keen on a Premier League position, could change his mind on the possibility of moving to Glasgow.