Neil McCann has fired a warning to his former side Rangers as he insisted that Celtic are firmly in the title race and are catching up with the Gers.

Steven Gerrard’s side dropped more points at home in a 2-2 draw with Aberdeen, and the deficit between Celtic and Rangers could have been even slimmer to just a point were it not for a much-criticised late penalty for Rangers.

Indeed, Celtic legend Scott Brown delighted Celtic fans with a bullet header to make it 2-0 to the Dons, only to then run over to Rangers fan and mimic the celebration of Gers star Alfredo Morelos.

Conversely, the Hoops produced a fine display to win 3-1 away to Hibernian at Easter Road, with the likes of Ralston, Kyogo and Jota all finding their way onto the scoresheet.

This time last month, Celtic were already six points behind the Premiership champions and are building a neat winning run under Ange Postecoglou.

As transcribed by HITC, McCann has backed Celtic to play catch-up and sneak up in a flash on Rangers in the table.

Speaking to Rangers TV, McCann has claimed his former club need to step up a gear:

“If Rangers are to keep going and powering forward, winning games, retaining the title, because Celtic are coming hard at them, they’re coming strong as well.

“They really need to up their game, Stevie and the coaching team need to get into this side and get them going.”

Are Celtic winning the title? 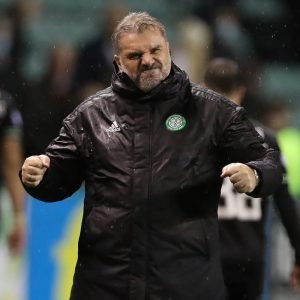 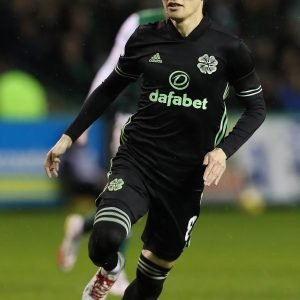 It seems as though Rangers are getting that bit hotter under the collar in a fine testament to the turnaround in form under Ange.

The two-point gap in the table tells a fine story, and the Bhoys look to be firmly back in the race for top spot if their momentum continues.